Search for something here

(This article has referential material)

It was an interesting sight to see a rare congruence of Madīnah, Kūfah and Baṣrah today with the reciter opting to anoint the audience with a recitation in the qirāʾāt of Nāfiʿ (Madīnah), Abū ʿAmr (Baṣrah), and ʿĀṣim and Khalaf (Kūfah). The Sūrah al-Rūm was delivered in a perfect balance of Warsh and Khalaf while al-Takwīr saw equal portions allotted to Ḥafṣ and al-Sūsī. A recitation brimming with harmonized stability, today’s excerpt brought forth a 30-minute long performance in effortless style, encompassing the polarized readings as though they were one.

The recitation contained the alternate stopping styles involving tas-hīl of the hamzah as touched upon briefly in the previous article. Listen to the audio here.

Similarly, the distinct idghām kabīr of al-Sūsī in al-Takwīr was a treat to the ears. Listen to the audio here.

However, this short article will focus on one of the most unique aspects of the recitation which was a brief but significant moment in Sūrah al-Rūm’s verse twenty-two where the recitation turned to Ḥafṣ for a very brief moment before resuming in the paired Warsh-Khalaf recitation of this sūrah.

Let us have a look at the last word of this twenty-second verse. It is the word العالمين that we, accustomed to Ḥafṣ, will automatically recognize as ʿālimīn. We will, however, be surprised to know that Ḥafṣ alone – among all ten reciters – has chosen to recite this word with a kasrah (zayr) below the lām. All others have recited it as ʿālamīn with a fatḥah (zabar). This begs the question if there are other instances too where Ḥafṣ has chosen to deviate from the rest. The answer is a resounding yes! Yes, there are several instances where Ḥafṣ has chosen to walk his own path of solitude. What are those places? What is it that Ḥafṣ recites differently there? The table below attempts to comprehensively answer some of the questions associated with words that have been recited differently by Ḥafṣ alone. The table entries are divided in two parts, the first part containing the first half of the Qurʾān is contained here. The second part will be presented in a subsequent article. The table might help ḥuffāz of the Ḥafṣ narration to appreciate the uniqueness of this reading to some extent. 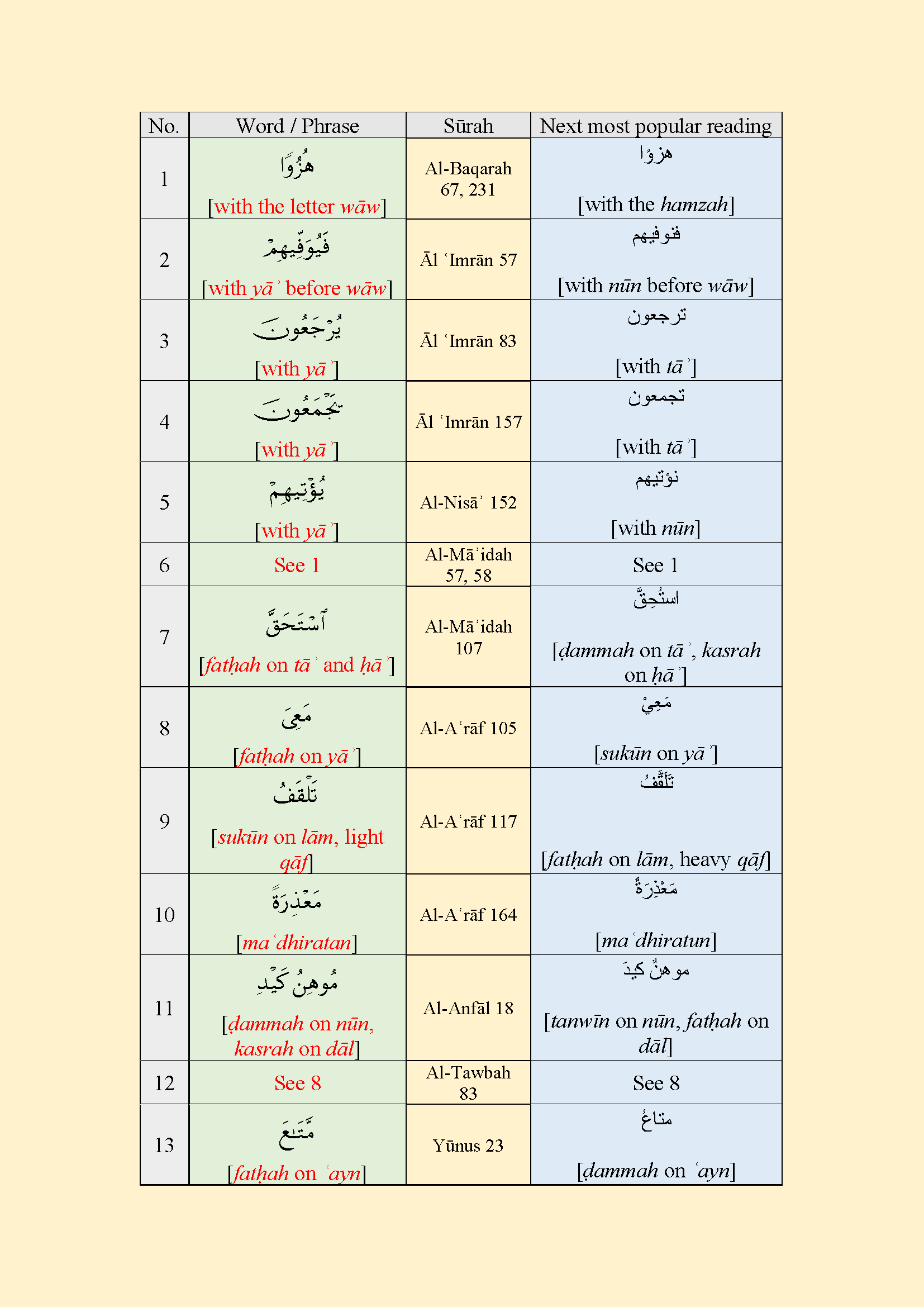 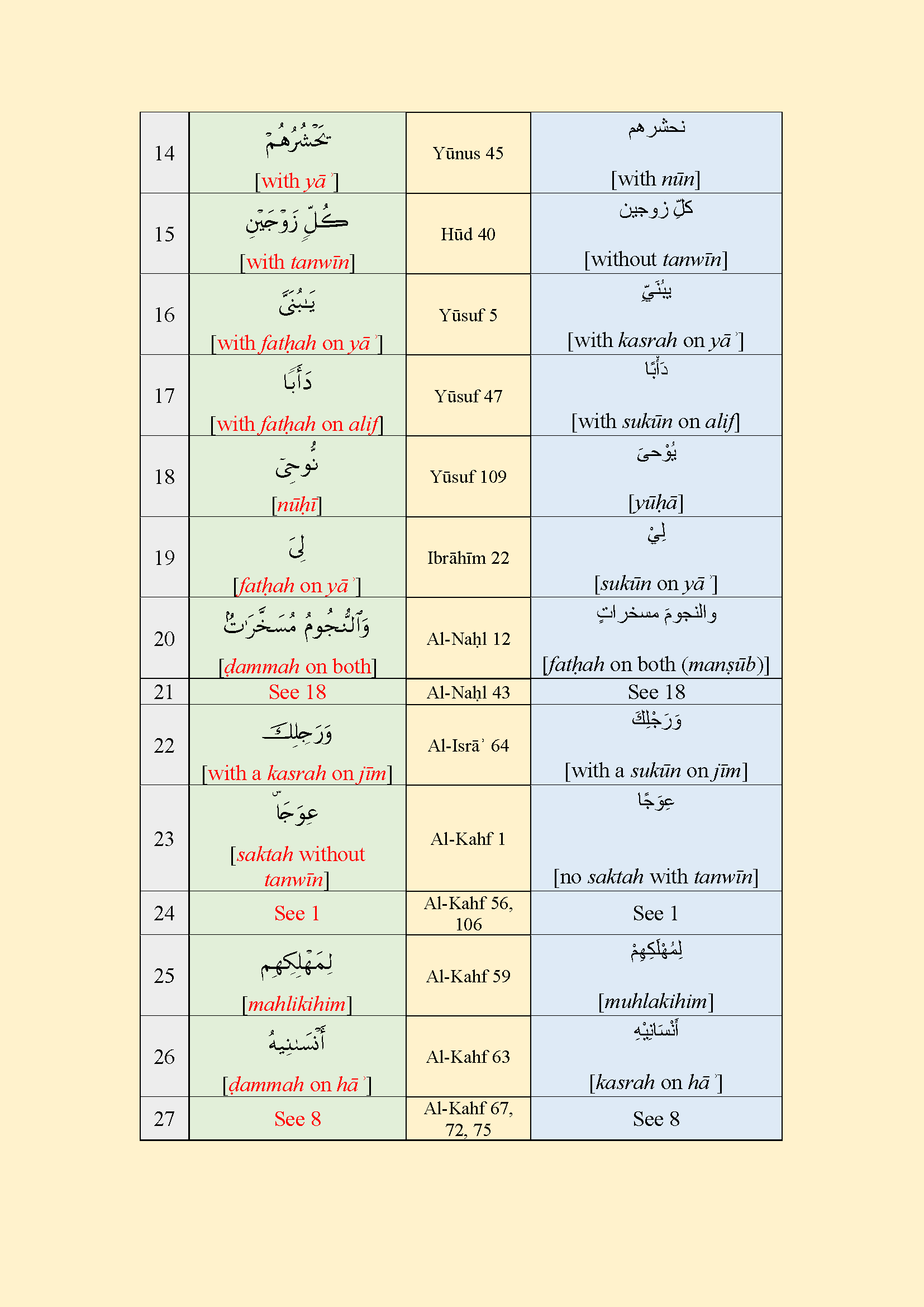 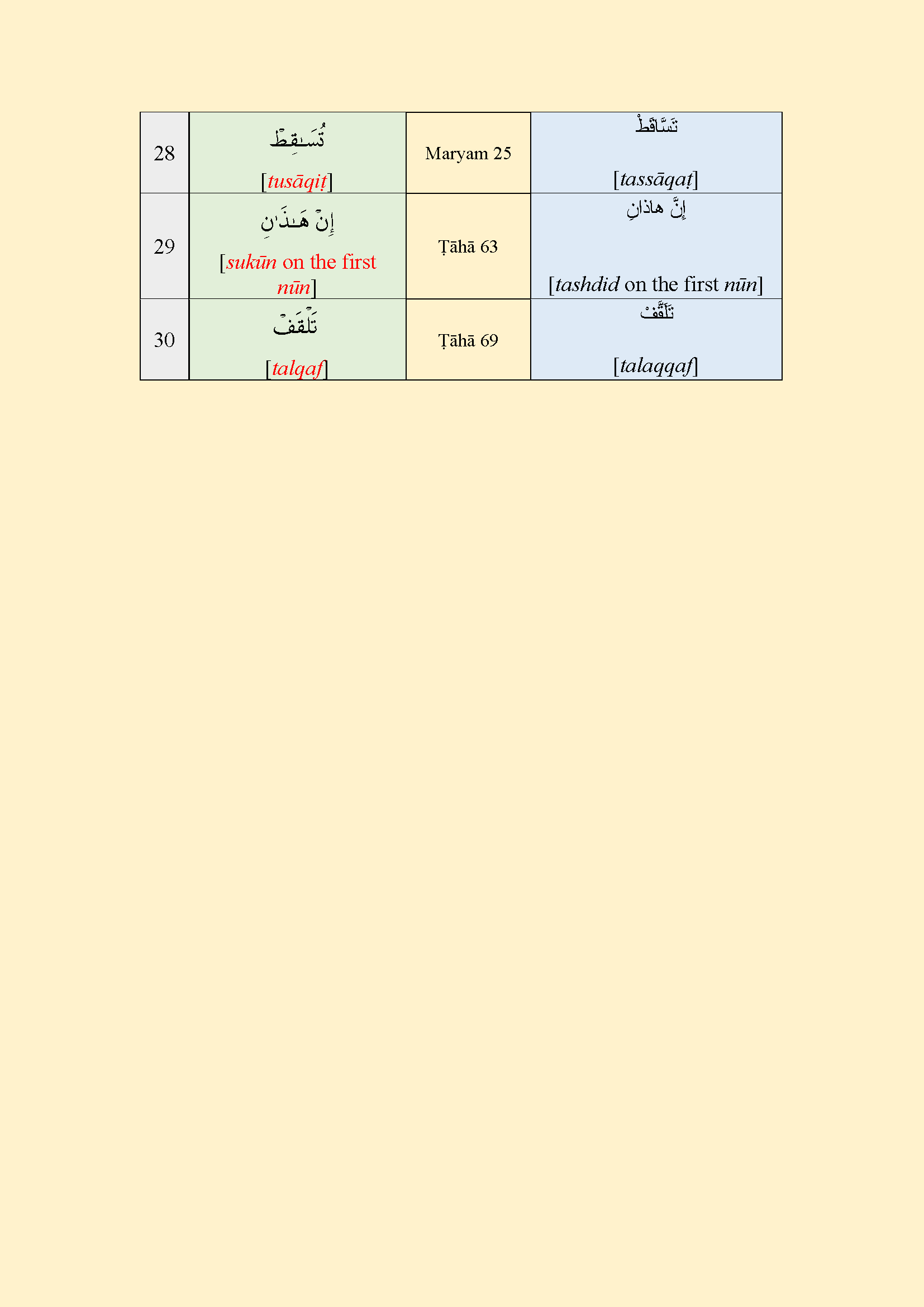